All My Blogs Come Home to Roost*

(Upon review I kinda buried the lead.  Moving to a new blog: Stranded Below Nirvana.  Thanks.  Keep reading.)

Sometimes you take a break without even knowing you needed it.

The last few months were spent enjoying the things I've been writing about for years, on this blog and others, without the feeling that I was under some sort of self-imposed deadline to get it down, to cogitate and consolidate my thoughts on a movie, a novel, or music into some semblance of structure for publication.

I've always suffered from the problem of wanting to write about too many things, and thinking I needed to compartmentalize those thoughts into different blogs.  One one blog became two, two became three, and combined with writing gigs for other web zines and it got to the point where I wasn't enjoying what I was seeing, or hearing, and the act of putting words down lost its passion.  Here at Celluloid Moon it became particularly hard, since it's been this blog more than many others where I've come to find and share thoughts with dozens of good and decent people who love movies with the same verve and enthusiasm I do, and better yet, can write like a bunch of muthafuckers on fire about the French New Wave, Italian giallo, the New Hollywood of the 70s and the tent-pole spectacles of today with a fierce intelligence and spark that rallied me to be a better writer, and moreover, a better viewer, of films.

It was that better viewer that sat down over the summer delighting in equal measure things like CAPTAIN AMERICA and MIDNIGHT IN PARIS, the astonishing Blu-rays of Lucas's STAR WARS and Cocteau's ORPHEUS, and perhaps my favorite memory, the feeling of my son sitting in my lap as we watched our first movie in the theater together, the fantastic WINNIE THE POOH.  But this feeling of delight didn't end with films, the experience of reading books - any books - again without worrying about when the review was due or if it fit with the audience's tastes at the web zine I was writing for was exhilarating.  And music?  Music sounded better than it had in years: it felt like everything old was new again, and everything new was hitting just the right spots to make it my favorite album for however long I was listening to it until the next most amazing thing ever blasted from my speakers.

And in the middle of it all, the itch started to come back.  Not all at once, but was a simple prickling near my ankles grew, became more agitated, until I started looking at all the places I had been writing, and decided to just start fresh, with a place I could ramble about anything I wanted to, whether it was the new batch of DVDs and Blu-rays sitting forlornly in my binders, the waiting books on my nightstand, both physical and virtual, and the literally dozens of albums from every genre imaginable straining to jump up and be heard.

So starting officially and approximately October 1st (though there is five years of content nestled and waiting), I'll be writing pretty regularly about everything under the sun over at my new home, Stranded Below Nirvana.  Those who know me will say, "hey, that looks like your old site Geek Monkey."  And they'd be right.  I didn't want to waste the site, and I really enjoy the extras that come with a Squarespace account, so a fresh coat of paint later and there you are.

If you were kind enough to link to Celluloid Moon, I hope you'll make the switch and point over to Stranded Below Nirvana.  I still plan to talk (probably a lot) about the movies I see and love, but also about a lot more.  For those I link to here, fear not:  Stranded Below Nirvana has a links page where you'll all be linked to once again.

Thanks for reading.  See you all soon.  I'm sure there's something we can talk about. 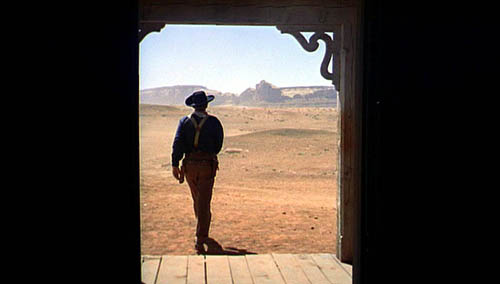 * Title bastardized from the excellent short story by Harlan Ellison, "All the Birds Come Home to Roost"
Scribbled by Chris @ 10:19 AM